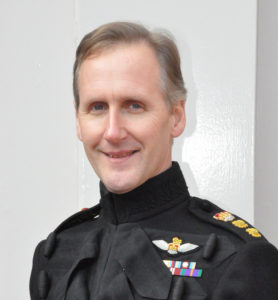 Regimental Lieutenant Colonel and President of the Scots Guards Association 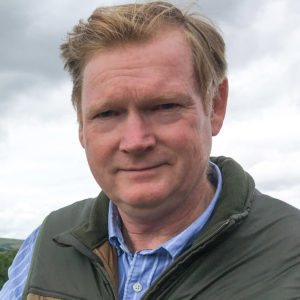 Malcolm MacGregor was commissioned into the Scots Guards in 1980, immediately joining the 1st Battalion on operational duty in West Belfast. His military service took him to the Middle East, Hong Kong and Germany, interspersed with further operational tours in Northern Ireland. Additionally, he was seconded for two years to 6th Gurkha Rifles in Hong Kong. His final appointment was Chief of Staff of 51 Highland Brigade.

On leaving the army in 1997, he embarked on a life in photography spending lengthy periods in Oman, Asia and in Scotland on various projects and commissions. Latterly, he worked for the HALO Trust photographing humanitarian mine-clearance operations around the world.

Malcolm has been chairman of the Scots Guards Association since 2016 and lives in Dumfriesshire, Scotland. 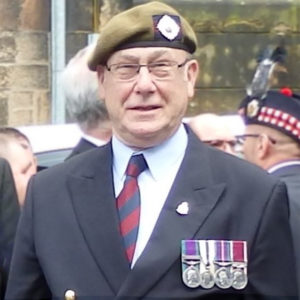 Neil Crockett joined the Scots Guards in 1966 as a Junior Leader at Oswestry. Joining the 1st Battalion at Chelsea Barracks in early 1969. Most of his service was with the 1st Battalion to Sharjah, Windsor, Munster, Chelsea, Hong Kong, Pirbright and operational tours in Northern Ireland. He took part on exercises to Denmark, Cyprus, Kenya, Brunei, Oman and Canada.

Neil served with S Company in British Honduras in 1971 and on the Regimental Recruiting Team in Edinburgh. Later he served at the Army Apprentice College (Royal Signals) Harrogate as Company Sergeant Major of the Junior Leaders Squadron, ending his service in 1991 as RQMS of 1st Battalion Scots Guards in Hohne, BAOR.

He settled with his family in Dunfermline joining the Fife Branch of the Association when he was Chairman for a short while before taking over as Branch Secretary in 1995. Neil continues in that role alongside that as Scots Guards Association Secretary.

Neil reports that in the past few years the Association has gone through a process to review how it goes about its business, “The Way Ahead”. We want to encourage younger men to join our regional Branches and also to keep in touch by coming together in the Association group on Facebook. We welcome other Scots Guards groups such as Operation Motorman, The Rabbits Breakfast, Malaya & Borneo Veterans and the Tumbledown Veterans & Families Association. We also strive to encourage other similar Regimental groups big or small to come together both formally and informally.

Over the years in our Regimental Association Neil has been able to keep in touch with many friends from his service. Because of being a member of the Association he’s made many new friends across the whole Regiment – Surely that is what it’s all about!