At 37 years old, Harry was a corporal in the 2nd Battalion, Scots Guards, British Army during the First World War when deed for which he was awarded the VC took place. On 13 October 1918 at St. Python, France, when the advance was desperately opposed and the streets of the village were raked by fire, Corporal Wood’s platoon sergeant was killed and he took command of the leading platoon. The River Selle had to be crossed and the ruined bridge gained, although the space in front of it was full of snipers, so the corporal carried a very large brick into the open space, lay down behind it and, firing continuously on the snipers, covered his men while they worked their way across. Later in the day he repeatedly drove off enemy counter-attacks.

He later achieved the rank of Lance-Sergeant.

His nerves were badly affected by his wartime experiences. He died 15 August 1924 whilst on holiday; he was walking with his wife when a car mounted the pavement and headed towards them. His wife pushed him out of the way but she was pinned against the wall. She suffered minor injuries but her husband was so shocked that he collapsed and fell into a coma from which he died several days later. He was buried at Arnos Vale Cemetery, Bristol, England, at Soldiers’ Corner, grave number 1738. 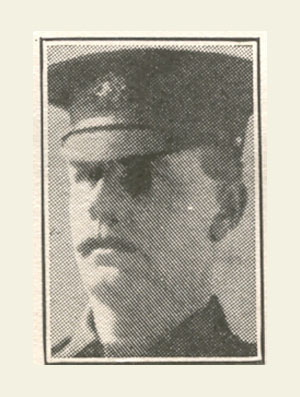